Why Christians Should Celebrate Halloween 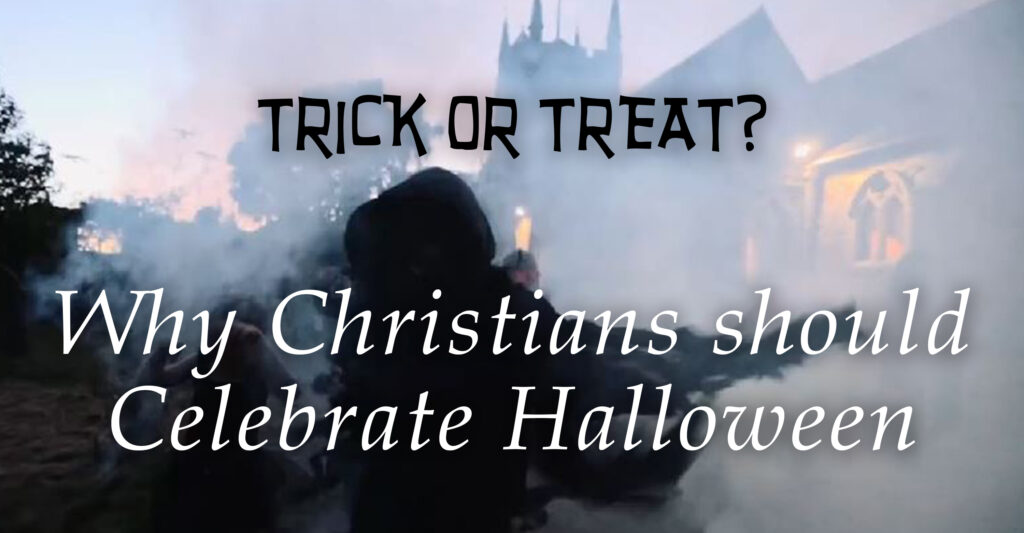 The origins of Halloween are often confusing, but there is evidence of some clear influences. Traditionally, Halloween is thought to have arisen from three sources:

Let’s look at each of these festivals.

Samhain was something of a combination of a harvest festival and a day of the dead for the Celts of Britain and northern France. As counterpart to the May festival, Bealtaine, which ushered in the summer months, Samhain announced the coming of winter, and thus a kind of death as the tribes gathered in the harvests. Sacrifices and bonfires to the dead were also a part of the rituals. Some say that this is where our tradition of dressing up comes from—the celts would disguise themselves, though why they did so is not certain. Possibly it was to hide from evil spirits, or to appease them, or to steal the gifts meant for the spirits.

Roman Festivals of Pomona and Feralia

When Roman influences began to reach the Celts, festivals were combined. The Romans already celebrated two festivals around the same time: Feralia and Pomona. Feralia was dedicated to dead ancestors, while Pomona, the Latin word for orchard fruit, was more like a harvest festival. It is believed that Pomona gave us the tradition of bobbing for apples (whoever successfully bit an apple out would supposedly be the next to marry). Can’t you just picture all the toga and stola-wearing youths bobbing for apples in Rome and in the provinces? Perhaps the Celts thought their invaders rather eccentric at first—but that didn’t stop them from adopting the game, and passing it on to our generation, nearly 2,000 years later! 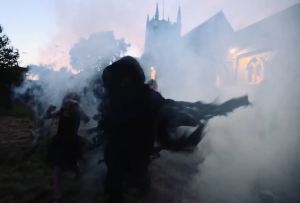 Soon a different kind of influence was coming out of Rome as the Gospel spread out from the Roman world and transformed pagan nations and cultures. Pope Gregory III, in the mid 8th century, moved the feast day called “All Saints Day” to November 1. Hallow is another English word for holy, and so this holy day was preceded by what became called All Hallow’s Eve, later morphing into Halloween. It is said that children would dress up and do a “Danse Macabre” in gruesome outfits as a way of mocking death.

Now that is a different approach! Halloween is not celebrating death, it is mocking death! Here fabulous video explaining all this: (click HERE for the script). (Thanks to the folks at 10ofthose.com for creating this fantastic video!)

Time to find a Noah costume

There is one element in the history of Halloween that has been overlooked. As Answers in Genesis points out, there were multiple festivals at this particular time of the year all over the world, even the southern hemisphere, that all seem to reference death in a significant way. What if, behind all the festivals which morphed into Halloween, there was a single festival? And what if that festival was not pre-Christian, but even pre-pagan? Bodie Hodge and others suggest that the true origins of Halloween and its parallel festivals around the world actually commemorate a time of death from before the dispersion of Babel.

“Because the celebrations call for the remembrance of the dead and have sacrifices, it is reminiscent of the large sacrifice that Noah and his family performed after the Flood. This would also explain why many other cultures have a variant of this regular sacrifice. When Noah and his family exited the Ark, they offered sacrifices to God (Genesis 8:18–9:1); of course, deviations in the manner of this sacrifice over the years and its meaning would have varied down through the ages. Based on the evidence, this seems to be the most likely explanation.”

What a thought! Halloween may not simply be tied to a Christianization of pagan festivals, but to one of the great events of Genesis, and a time both of God’s judgment and covenantal faithfulness! As new creatures in Christ, we should be going forth and taking dominion not just over the wild land of a new world post-flood, as Noah and his sons had to do, but we should be taking dominion over traditions and cultures, redeeming what has been corrupted!

Valerie grew up in France where her father Francis Foucachon was a church planter with Mission to the World. She studied under Wesley Callihan in high school through Schola Classical Tutorials, and then attended Logos School where she graduated Summa Cum Laude. She graduated from New Saint Andrews College in 2015 with honors. Her thesis, The Mirror of All Christians Queens, is published by Roman Roads Media, and also featured in Shield Wall, the quarterly academic journal of New Saint Andrews. An official Latin Nerd, she shows her love for the classics by quoting from the Aeneid at random times (in Latin of course).