In Plato’s Meno, Socrates and Meno were conversing about the meaning of virtue and how one obtained it. Meno believed that virtue was relative to a person’s age, sex, and station in life (e.g. slave or free). He, then, posited that virtue was the ability to govern humanity, believing that justice was a virtue. As the conversation progressed, the meaning changed several times, but the turn came when the talk of obtaining virtue began to revolve around if one could learn virtue. Socrates asked

But if the good are not by nature good, are they made good by instruction?

Based on this question, we can see why education became a hallmark of Plato in the Republic. From here, though, Meno and Socrates opined over whether virtue could be taught, but Socrates didn’t believe it could be taught. He reasoned thus

And did those gentlemen [teachers of virtue] grow of themselves; and without having been taught by any one, were they nevertheless able to teach others that which they had never learned themselves? (92)

As soon as I read this line, Jesus immediately popped in my head. Christ grew from himself through the incarnation, and he was taught by no one, but Himself, God (cf. Heb. 5.8). Socrates concluded 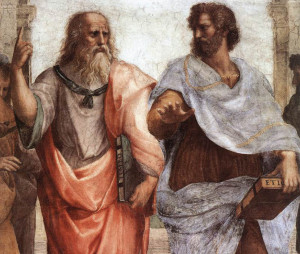 My mind began spinning. I actually like Socrates’ definition of virtue and how it’s obtained. We who are Christians know that there is nothing inherently good in us save for the image that we bear of God in our persons. Nevertheless, as a sin-ridden, fallen human being, we become good because of what Jesus has done for us. He, however, and contrary to what Socrates posited, is the Teacher of virtue (cf. Matt. 23.8). As a matter of fact, Clement of Alexandria’s work Paedagogus is an early Christian treatise on ethics that presents the Logos (Christ) as the real instructor.

Paul put’s it this way

Yet death reigned from Adam to Moses, even over those whose sinning was not like the transgression of Adam, who was a type of the one who was to come. But the free gift is not like the trespass. For if many died through one man’s trespass, much more have the grace of God and the free gift by the grace of that one man Jesus Christ abounded for many. And the free gift is not like the result of that one man’s sin. For the judgment following one trespass brought condemnation, but the free gift following many trespasses brought justification. For if, because of one man’s trespass, death reigned through that one man, much more will those who receive the abundance of grace and the free gift of righteousness reign in life through the one man Jesus Christ.
Therefore, as one trespass led to condemnation for all men, so one act of righteousness leads to justification and life for all men. For as by the one man’s disobedience the many were made sinners, so by the one man’s obedience the many will be made righteous. (Rom. 5.14-19)

Socrates didn’t believe a man could be a teacher of virtue, but Christ was. Virtue originated and emanated from Christ, and, yes, we are made virtuous (righteous) because of Christ. 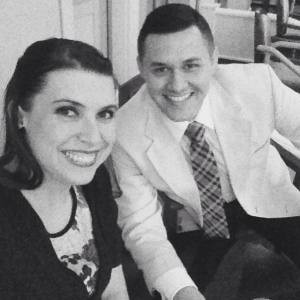 Steven Hunter is a Christian, family man, minister, educator, and academic. He is married to Stephanie and has three children. He hold an MA in theological studies from Liberty Baptist Theological Seminary, and is pursuing a PhD with Faulkner University’s Great Books Honors College. He enjoys reading books, wearing bow-ties (despite not wearing one in the picture) and wacky socks, and he also practices Japanese jujutsu.