Five Women of the Reformation 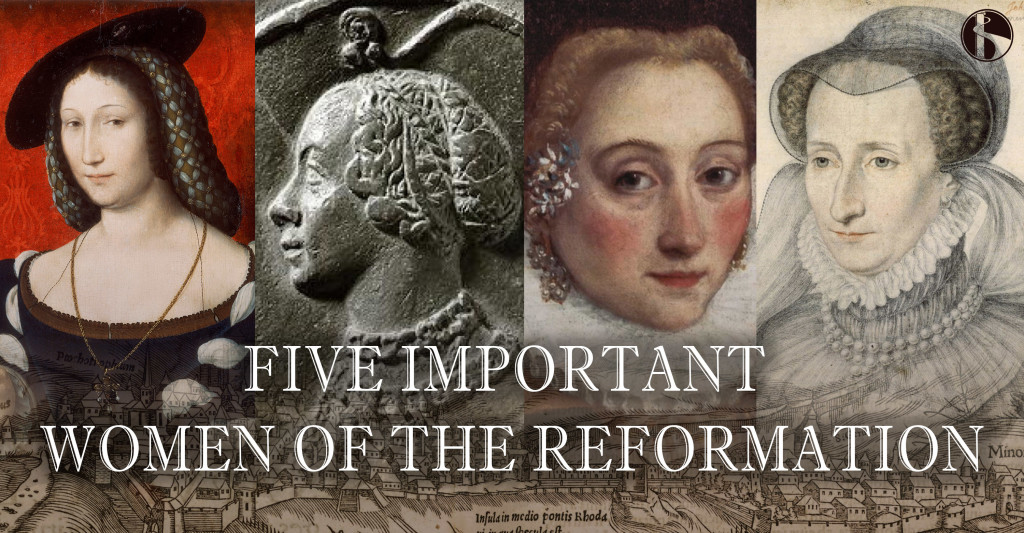 Most Christians have heard the names of John Calvin, Martin Luther, John Knox, and other giants of the Protestant Reformation in Europe. But there are many, many other men and women who worked to advance the cause of the Reformation! It is my pleasure to introduce you to five extraordinary women of the Reformation!

Each of these women played an important role, either in disseminating the ideas of the Reformation, or using their political power to protect the preachers and teachers of these ideas. 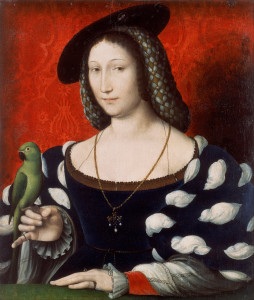 Marguerite de Navarre was truly a Renaissance woman. Born in the same year that Columbus discovered America, Marguerite was the older sister of one of the most famous kings of France, Francis I, to whom Calvin dedicated his Institutes of the Christian Religion. She became a queen in her own right by marriage to the king of Navarre, Henry III. Her own upbringing was unusual for the time, as she received a nearly identical education to her brother, who was being trained for the crown of France. During her lifetime, she was one of the most educated women in France, as well as a powerful diplomat, one of the king’s closest advisors, and a literary and theological patroness. During Francis I’s captivity in Spain, Marguerite even travelled in person into enemy territory to negotiate his release with Charles V, Holy Roman Emperor. It was also during these years, the 1520s, that she began to gain exposure to the writings of the Reformation. Later, she was persecuted by the powerful Roman Catholic Sorbonne University for the evangelical tendencies of her own writings, and one author claims she could have been burned at the stake had she not been the King’s sister. Her patronage extended from financial sponsorship of theologians and their work, to giving refuge to those fleeing the first persecutions of the early sixteenth century. At one time, she even took in John Calvin, who was fleeing Paris before going to Geneva. Other men she protected or supported include Gerard Roussel, Lefevre d’Etaples, and Clement Marot. Her correspondence includes an even wider circle, from Erasmus to a variety of Popes, to Calvin and many other reformers. She was comfortable in every setting, from reforming corrupt abbeys, to being the hostess of the king’s court, to working with spies and diplomatic intrigue. Marguerite lived in an unusual position in the early days of Protestant development in France, and she didn’t ever formally renounce the Roman Catholic church, choosing to stay on relatively good terms with both the Vatican and Geneva. By doing this, she managed to navigate within the existing political and religious structures to work towards the changes she saw were needed.

Among these women, Marie Dentière is probably the one who stirred the most controversy within her own camp for her somewhat provocative statements and actions. She was born into an aristocratic family, and early on became an abbess in a Belgian convent. She left her convent after coming into contact with the ideas of the Reformation, and travelled first to Strasbourg, where she married a former priest, and then to Geneva. Her activities were quite varied! Marie went and encouraged nuns to join the Reformation and find husbands, started a girls’ school with her husband, wrote a history of Geneva’s “deliverance” from the Catholics, and even corresponded with Marguerite de Navarre. We know that Calvin criticized her at times for her very vocal opinions, referring in one of his letters to a time she addressed a crowd on a street corner in Geneva, apparently criticizing the reformed ministers of the city, including Calvin himself. And yet, at the end of her life, she wrote the preface for one of Calvin’s sermons on modesty—hardly something Calvin would ask of a woman he didn’t respect. I would like to think that she kept all her spunk, but tempered some of her opinions with age, thus leading Calvin to ask her to write the preface. Marie Dentière was an opinionated woman who was not afraid to witness to nuns or write on theology! 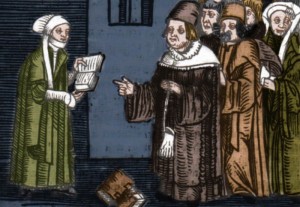 As with many of the women in this list, fire-cracker is one of the first words that comes to mind when I think of Argula von Grumbach. Born in 1492 to a noble family in Bavaria, Argula is most famous for writing a letter to the University of Ingolstadt faculty, rebuking and challenging with vim and vigor their trial forcing a student to recant his Lutheran beliefs. She viewed her public opposition as necessary when no one else would, it appeared, speak up against this miscarriage of justice. Argula even challenged the faculty to a debate on the doctrines in question! Luther himself both met and corresponded with her, and praised her highly, saying in one letter: “That most noble woman, Argula [von Grumbach], is there making a valiant fight with great spirit, boldness of speech and knowledge of Christ. She deserves that all pray for Christ’s victory in her . . . . She alone, among these monsters, carries on with firm faith, though, she admits, not without inner trembling. She is a singular instrument of Christ. I commend her to you, that Christ through this infirm vessel may confound the mighty and those who glory in their strength.” To close, here is one quote which shows her passionate and frank writing in her famous letter to the faculty at Ingolstadt: “What have Luther and Melanchthon taught save the Word of God? You have condemned them. You have not refuted them.” 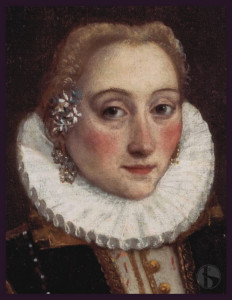 Olympia Morata, I must confess, is my personal favorite of all these women. Her life was tragically short, but a brilliant testimony to her faith and her incredible breadth and depth of learning. Her father was an Italian scholar, and brought her up so that by the age of 12, she was called as a companion and tutor to the young Anna d’Este of Ferrara, the future wife of the (infamous) François, Duc de Guise. During her time at the court of Ferrara, she was invited to lecture to the court in Greek and Latin! After leaving court to care for her declining father, she fell out of favor with the Duke. It seems that it was during this time that these convictions, previously held more intellectually along with her broad philosophical and literary interests, now awakened in her a true and living faith in Jesus Christ, and marked a turning point in her life. It was also during this time that Andreas Grunthler, a Reformed German doctor, classically-trained and a lover of literature, sought her hand in marriage. Olympia fell passionately in love with him, and they married around 1550. Life was not easy, as they travelled back to Germany where her husband hoped to find a position in a university. They met with persecution, were even imprisoned, and barely escaped with their lives before finally finding peace in Heidelberg. Her health suffered as a result, and when the Elector Palatine offered her the incredible position of lecturing at a university, she seems to have turned it down. She died shortly thereafter, followed by her husband and her little brother. Olympia’s faith seems to have only grown stronger throughout her life and its trials. During her life, she wrote dialogues, Latin and Greek letters (including love letters in Latin to her husband!), a popular Greek psalter, and more. Theodore de Beze, himself one of the Reformation’s greatest classicists and theologians, even wrote a eulogy for her. Her short but faithful life was well-summed up in her own words when she wrote, “There is no part of the world so distant that we would not be glad to live in it, if we could but serve God there with full liberty of conscience.” (The Life of Olympia Morata, 128.) 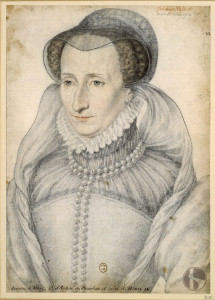 One of the better-known women of the French Reformation, Jeanne d’Albret was the daughter of Marguerite de Navarre, and the mother of the future king of France, Henry IV. Jeanne was strong-willed and stubborn from childhood, qualities which prepared her well to become an unflinching leader in the Huguenot wars. She is (justly) famous for the anecdotes surrounding her first marriage to the German Duke of Cleves. Betrothed while still a child to him by King Francis, Jeanne seems to have taken it upon herself (after imploring the king to his face—an audacious act for anyone, let alone an eleven-year-old girl) to write a formal statement, complete with witness signatures, declaring her unequivocal opposition to the upcoming wedding. She did this again as the wedding approached, and when the wedding day itself arrived, had to be literally carried down the aisle. The marriage was never consummated due to her youth, and was later annulled because of changing political currents. To have showed such resolve at eleven years old, in the face of mother, father, and even king, is remarkable to say the least! How would such a young woman carry herself as an adult? The mature Jeanne took a very different approach to the Reformation than her mother, Marguerite de Navarre. Whereas Marguerite preferred to work discretely, through diplomacy and carefully-nuanced loyalties to both churches, and worked to reform the Roman Catholic church from within while protecting persecuted reformers, Jeanne decided, after her parents’ death, to convert publicly to Protestantism, and fight openly for the Reformation. Jeanne had to face opposition at court, from her own husband (a Catholic later in life), and from enemy armies as a major political leader of the Huguenots. Jeanne worked closely with men like Coligny and Condé during the Third Huguenot War, and even rallied the Huguenot troops in person. She instituted official Reformation policies in her own kingdom of Navarre and sponsored translations of the New Testament into her people’s native Basque. When Philip II of Spain sent an ambassador to pressure her at one point, Jeanne replied to him: “Although I am just a little Princess, God has given me the government of this country so I may rule it according to His Gospel and teach it His Laws. I rely on God, who is more powerful than the King of Spain.” 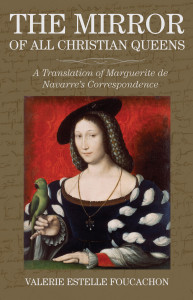 Queen, diplomat, reformer, philanthropist, poetess, playwright, novelist—Marguerite de Navarre seems to have deserved every epithet the Renaissance had to give. She served in many different vocations, and played many parts on the stage of life. This thesis is comprised of a translation and commentary on a selection of ten of Marguerite’s letters divided into three chapters, focusing respectively on her roles as defender of the persecuted, respected advisor to the king of France, and loyal friend of Renée de Ferrara. Understanding these roles in Marguerite’s life gives us insight into the historical context and political climate of the early Reformation in France.