74 Books I Read Aloud to my Children 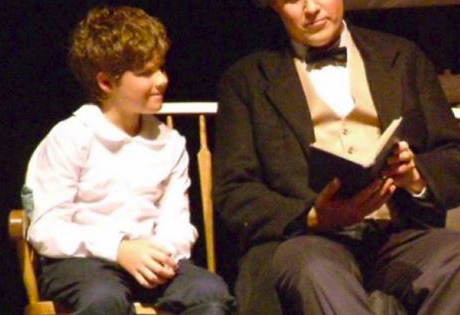 I recently had the pleasure of listening to Andrew Pudewa, the director of the Institute for Excellence in Writing and a father of seven, speak at an education conference on the importance of reading aloud to your children. As he spoke, I recalled with delight the many hours I spent reading to my four children before they went to sleep. My eldest is about seven years older than the youngest. I would first read the Bible, making sure I at least turned the page every night. We read it all the way through, Genesis to Revelation, over and over again (once we finished it in an airport), occasionally changing the translation. We would pray and sometimes sing, and then I would read a story, alternating each night between the boys’ room and the girls’ room (I tried to keep track by which room my chair was left in, only later learning that my girls would move my chair to the boys’ room during the day so that I would move it back to their room so they could be in their own beds as I read).

I am thankful that I kept a record of the books I read to them. I have listed them below, for anyone who might somehow benefit from knowing the stories that shaped my children (and me). They are listed roughly in the order that I first read them over the years. The underlined books are favorites that I read more than once. No doubt some books went unrecorded (I’m pretty sure I read some missionary biographies, but I cannot recall which ones). You can see that I would sometimes get on a theme. I do not offer these as the best books, and I would not even offer all of them as suggestions (were I to do it over, for instance, I would not read Pollyanna to the girls). Anyway, here they are: