The required reading, Band of Brothers, can be purchased from Amazon. 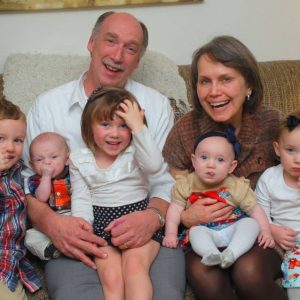 Tom was the superintendent of Logos School in Moscow, Idaho from its opening in 1981 until 2016. He has a BFA degree in Art and Education, and a Masters in Ed Admin, both from the University of Idaho. Tom taught history, art, Bible, and directed drama productions at Logos School for over 35 years. He served as a founding board member of the Association of Classical and Christian Schools (ACCS) for 25 years. After retiring from Logos School in 2017, Tom opened Heritage Arts Academy in Moscow, Idaho. In addition, he is the Dean of Academics for Veritas Scholars Academy. He and his wife Julie have four children and eleven grandchildren.

See our Terms and Conditions for using our DVDs and Roman Roads Classroom.