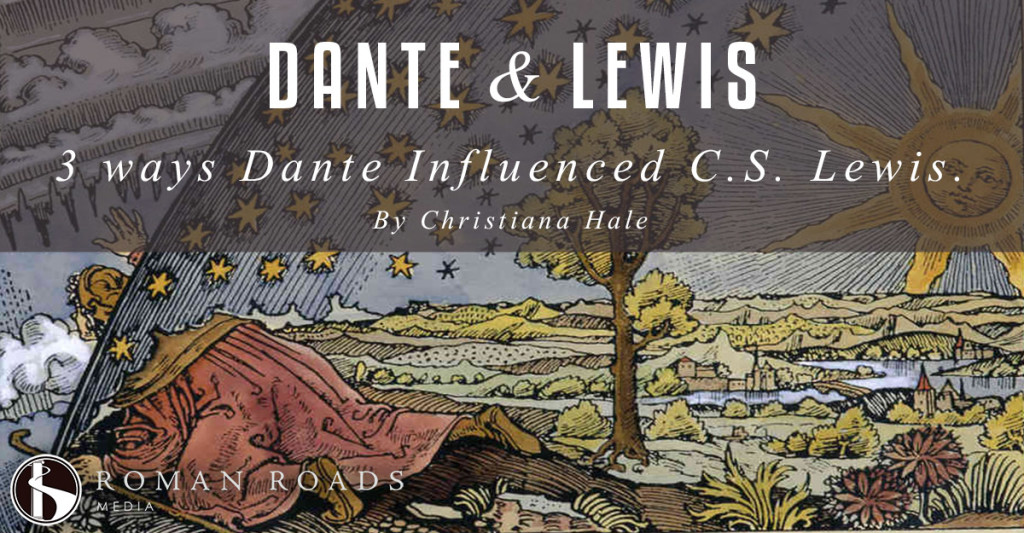 C.S. Lewis’s love for Dante Alighieri and The Divine Comedy was no great secret. Lewis first read Dante’s Inferno in the original Italian when he was in his teens and later read Purgatorio while he was in the hospital recovering from wounds received in World War I. He finally read Paradiso for the first time in 1930, before he became a Christian, but after he had reluctantly decided that there was a God. At this point, he was still very much conflicted as to the nature of God and whether or not there was an afterlife.

After finishing Paradiso, he told a dear friend, Arthur Greeves, that “it reaches heights of poetry which you get nowhere else; an ether almost too fine to breathe. 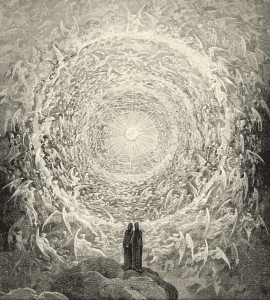 It is a pity I can give you no notion what it is like. Can you imagine Shelley at his most ecstatic combined with Milton at his most solemn & rigid? It sounds impossible I know, but that is what Dante has done.” He thought that it felt “more important” than any poetry he had ever read. The year after reading Paradiso, Lewis became a believing Christian. While we might never know just how large a role Dante played in his actual conversion, it is clear that Dante had an incredible effect on Lewis’s life and writings.

The influence of The Divine Comedy can be clearly seen in one of Lewis’s finest, and yet frequently overlooked, works—the Ransom Trilogy (commonly but erroneously called the Space Trilogy). In this post I will outline three ways in which Dante’s influence can be seen in the Ransom Trilogy.

The cosmos as a “vast lighted concavity”

1. The first influence is not to be credited to Dante exclusively but to the medieval and renaissance writers and their worldview in general. Although Lewis held the chair of medieval and renaissance studies at Cambridge, the influences of this worldview are frequently overlooked by Lewis scholars. And the greatest of these influences is that of the Medieval Model of the cosmos, a Model that Lewis outlines extensively in The

Discarded Image, the last book of his life that was published posthumously. In this book, Lewis encourages his readers to go out and take a look at the night sky. “You must go out on a starry night and walk about for half an hour trying to see the sky in terms of the old cosmology.” In order to understand the medieval conception of the cosmos, we have to imagine and feel; it is an imaginative and emotional exercise reaching beyond the purely intellectual. This is difficult for the modern mind to grasp because, as Lewis says, “nothing is more deeply impressed on the cosmic imaginings of a modern than the idea that the heavenly bodies move in a pitch-black and dead-cold vacuity.” But if we could see the cosmos as a medieval man would have, we would see a “vast lighted concavity,” a ceaseless dance moved by insatiable love. Reawakening the idea of the “heavens” that the medieval men had in their minds as opposed to our modern conception of “space” was one of the prime motivations that Lewis had in writing the Ransom Trilogy, and the effect that Dante himself had in implementing this model is not to be overlooked.

Ransom as the Pilgrim

2. The direct influence of Dante’s Divine Comedy on the Ransom Trilogy is perhaps nowhere more clearly seen than in the opening scene of Out of the Silent Planet, the first book of Lewis’s Trilogy. The book opens with a Pedestrian in a dark wood. Any student well-versed in medieval and renaissance literature feels at once on familiar

ground. The setting is eerily familiar: a Pilgrim in a dark wood, “midway along the journey of life” (Inferno, I.1), and a light that appears over the hill. Lewis subtly and deftly recreates the opening scene of Dante’s Inferno. The similarity immediately invites his readers to begin a comparison of Elwin Ransom and Dante’s Pilgrim and the journeys that they both take. We can legitimately expect, even without knowing that we are reading a “space-travel story,” that Ransom is about to set out on a journey that is very different from the one he is currently on. Lewis hints at this in his introduction: “The Pedestrian wasted no time on the landscape but set out at once with the determined stride of a good walker who has lately realized that he will have to walk farther than he intended.” If Ransom only knew…

Journey through the Divine Comedy

3. The third influence perhaps takes more time to see clearly, so forgive the brief space that I have to give to it. This is Dante’s influence on the structure of the Trilogy itself. Part 2 of this blog post will go into a bit more detail, but the structure of the Pilgrim’s journey through Hell, Purgatory, and then to Paradise that Dante built his poem around is mirrored in Ransom’s journey throughout Lewis’s Trilogy. There is a sense in which the trajectory of the entire Ransom Trilogy both parallels and contrasts that of Dante’s Comedy. Ransom, as we see by the last book, brings Paradise to earth. 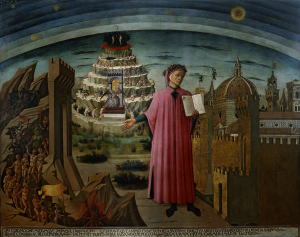 But at the same time, readers often find each book feeling more hellish. There isn’t a cut and dried parallel between Out of the Silent Planet and Inferno, between Perelandra and Purgatorio, or between That Hideous Strength and Paradiso. The relationship is much more complex, like a dance. Ransom’s movement is both opposite of Dante’s and the same. He is moving towards both Heaven and Hell. They each get thicker as Ransom comes closer to earth until they finally meet in the last book. And yet, as we will see in next week’s post, there are some very decided parallels between the three books of the Ransom Trilogy and the three realms of Dante’s Divine Comedy that are not only hard to ignore, but are even discussed by Lewis himself in both his writings and correspondence.

Lewis’s love for medievalism, and medieval cosmology in particular, played a huge role in all of his writings. This love especially sheds light on some of the stranger aspects of what I consider to be his greatest work – the Ransom Trilogy. Hopefully, this first post was enough to whet your appetite! There’s more to come next week.
PART II HERE.